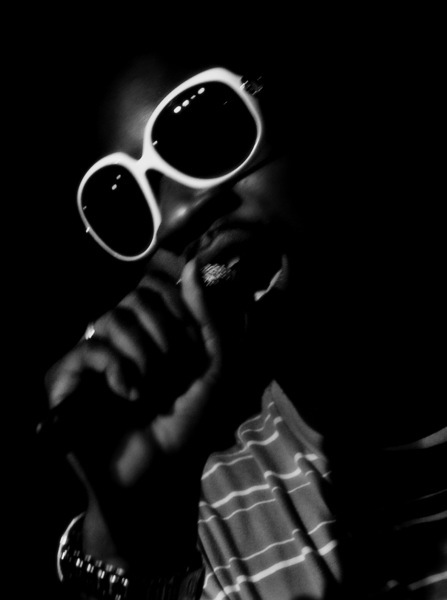 DLabrie the EOG Ripping the Mic in Ohio

+ Love And Beauty Resides In Everyone
– Lies And Bull$h!t Revolve In EverydayLife
“This represents the balance in my music”

“DLabrie, is one of the hardest working Artist in the Bay, I respect his hustle, and I respect his Art, and I can’t say that about a lot of people” -Adisa “The Bishop” Banjoko, author of Lyrical Swords 1 & 2, Founder of the Hip Hop Chess Federation

DLabrie the EOG is an MC from East Oakland, CA. Growing up in the 80′s Labrie came up during the golden age of Hip Hop, witnessing the of rise of West Coast rap dominance 1st hand in the early 90′s. Labrie got into Rap early on; “my mother took me to EastMont Mall to see Krush Groove more than 10 times and my first raps sounded like a mixture of Public Enemy, and Too Short” states the emcee, who decided at 13 he would pursue a career as a rapper. He began freestyling, writing, recording on a karaoke machine and passing out Mixtapes (actual tapes) using fast dubbing on his stereo, on the street and at his job selling shoes at various Bay Area Malls. After years of failed groups, rookie mistakes, skill sharpening, and attempts at getting a miraculous record deal, DLabrie decided to do things the Bay Way!!

Since 2001, Labrie has Independently sold over 85,000 units (not including online sales) of his Projects and Mixtapes all over the world from Asia, New York, Chicago, Mexico, Seattle to Atlanta. His music has reached the majority of the 50 U.S states, Known for sharp, witty, poetic and relevant rhymes, with diverse subject matter, that he calls “Bay, Universal (B.U) Hip Hop”
DLabrie AKA DLabrozia has rocked shows in every nook and cranny domestically and overseas, touring with the Independently booked Bronx Legends Tour w the 1st MC’s ever Busy Bee & Coke La Rock as well as the Bring your A Game & Just Bust Tours. The Oakland native has also shared the stage with Legendary Artists artists such as The Roots, Debarge, Black Sheep, Akil of Jurassic 5, Jon B, Hieroglyphics, Marquez Houston, Too Short, dead prez, Pete Escavedo, Little Brother, Amanda Diva of VHI, Case, WC, Slum Village, E-40, Hurricane Chris, Knaan, The Liks, Montell Jordan, Tyga , and KRS-1 (DLabrie was handpicked by the Blast Master himself out of a group cypher for a Tour in 2005). In 2004 DLabrie founded RonDavoux Records (which now includes RDV promo). He promises “RDV” will be one of the next great Groovements in music! Holding True to his nickname MR NETW3RK, in 2006 DLabrie was selected out of thousands for The Clipse online MC Battle. He has also had songs played on CNN & NBC (“Vote for Barack” which played on Super Tuesday 2/5/2008 after being on My Space for only 5 days) and MTV on various shows including Making The Band 4 & Life Of Ryan, which is a testament to his diversity as a song writer and MC. DLabrie has received Radio Spins on stations such as KMEL 106.1 , WILD 94.9 , KPOO 89.5, KSJS 90.5 , KCSU 103.3 , KPFA 94.1, Ozcat 89.5 KZCT as well as many more!

DLabrie is also known for his work in the community with Hip Hop Congress (Deputy Director), and the Hip Hop Chess Federation (DLabrie penned one of the theme songs for HHCF). These organizations use Hip Hop as a vehicle to organize artists, activists, educators, and youth to address community issues such as inner-city violence, lack of education/resources and social injustice! In addition to doing music to inspire relief during Hurricane Katrina, DLabrie has also worked on the Anti Violence song and video speaking out against the high murder rate in Oakland,CA “Squash It” which receiving heavy radio play from the S.F Bay Area to Australia as well as the motivational “Yes I Can” for 2-time Olympian Marilyn King, which got huge response in Beijing during the 2008 Olympics. Along with Marilyn he is working on a International “Olympian Thinking” Youth program to reach youth around the world, with a planned launch during the 2016 Olympics in London. DLabrie’s song VOTE WHY? received mainstream radio play leading into the Historical 2008 Election encouraging everyone to Go OUT and VOTE, despite skepticism. In 2010 DLabrie began Organizing a song in support of Haiti after the Devastating 7.0 Earthquake. The song features 39 MC’s from around the world and released on the song for the 3 year Anniversary Jan 12, 2013 along with doing several radio interviews that aired in Port au Prince. DLabrie has been working with Haitian leaders to provide long term relief , resources and art programs in the struggling country

DLabrie recently release his official debut album MR NETW3RK on RonDavoux Records (on the BDay of deceased best friend and rhyme partner KDoe). The album includes HIT singles such as the uplifting track feat. San Francisco legend San Quinn “It Aint EZ”, the guaranteed dancefloor filler “Attitude” ft Akil of Jurassic 5, horror story of female fan turned stalker “Maniac”, and “Pity Patt” produced by Bay Super Producer Traxamillion. MR NETW3RK also features other Hip Hop royalty such as M1 of dead prez, The Jacka, Mistah F-A-B, Shamako Noble, Zion-I, Adisa Banjoko, Nump, RDV & More! DLabrie will be joining several tours in the near future including the Casual(Hieroglyphics) Fear Itself Tour, NETW3RKING Tour, Summer Grind and Relax “GRG” Tour, Just Bust Tour and the annual RonDaVOODOO Tour in October in the near future to promote the album! DLabrie is also planning to complete the MR NETW3ERK trilogy in 2014 with MR NETW3RK 2 & 3 as well as the RonDavoux/RDV crew album that will be the craziest album people have heard since Wu-Tang Clan 36 Chambers!

DLabrie , Stay Black & Die Video ft The Jacka RIP, M1 of dead prez, Shamako Noble of Hip Hop Congress, Adisa Banjoko of Hip Hop Chess Federation & saikoDelic Video will drop this month as a Tribute to The Jacka. We tryed to Track him down to film his scenes. Life is Short!!

This site uses Akismet to reduce spam. Learn how your comment data is processed.

Find what you’re looking for

Please Donate to Haiti & Educate others that the struggle continues!!

WATCH NOW Debut of “Away We Go” Video prod. by Sean T. (shot in LA)

Get MR NETW3RK App on your Phone

Look out for Sexy MANIAC's

Scan to Get "MR NETW3RK" Now